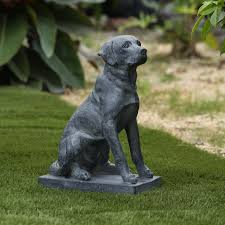 I killed a dog once.

It was in a past life, in 1987. Before becoming a copywriter, I ran a fireworks company and we did a show for a big posh horsey wedding in the south of England. Lots of Jaguars, gin, blinis, chequered dance floors, little gilt chairs, real estate prices, that sort of wedding.

The show started, a thunderous crash of titanium maroons and mauve rockets (titanium maroons are wicked. The flash is very bright and the bang would waken your dead aunt). The sky was all mauve and silver, the horsey folk looked up, lots of ooh’s and aah’s. I hit the button for the next sequence, a volley of red star shells to follow the mauve. The ground trembled a bit as the mortars spat them into the sky. Ker-rrump. More ooh’s.

The rack of mortars made a little squeaky sound. But it was made of wood and wooden racks creak sometimes, nothing seemed wrong, so on we went. The silver fountains, the blue and gold comets (lots of aah’s and wolf-whistles at this point), the roman candle arrays, the big “M” and “T” in a big red heart (can’t remember who they stood for), then the finale shells, all colours, and strobe effect stars like static silver rain. Wham.

Applause. We started clearing up. The grubby bit, covered in soot and your clothes stinking of farty sulphur. Then my foot hit something. It was a Labrador. Handsome. Big black eyes. His neck was snapped. Stone dead.

Most dogs hate fireworks, but clearly not him. He must have leant over the mortar rack when it fired. He didn’t have a chance. I’d been pushing the buttons across the field, and saw nothing.

We didn’t go home that night and slept in our stinky van on the site, in the rain. Next morning, I reunited the dog with the owner. Grandchildren cried, and one threw up. Gregory, the terrier’s name was. And I said sorry. It was my fault. It needn’t have. I could have called them irresponsible, careless, horsey oafs for not keeping their pets indoors. Common sense, stupid. But I should have told them. Buy a box of amateur fireworks from a corner shop, and the safety note says “Keep Pets Indoors” in 50-point Helvetica. And us pros didn’t.

Right, roll the clock forward 32 years. Would a dog-murdering firework operator admit it today? Most likely not. Because now, we’re not allowed to be wrong.

Ninety-nine percent of social media posts are such great news. Wins. Achievements. Celebrations. Lovely scenes. We’re all so, so perfect. So much good news, in fact, that, we’re terrified to voice our shortcomings. Even to our friends. What, you’re not infallible? Say that, and we’ll never win.

Truth is, keep our mistakes to ourselves, and we’ll never quite believe each other. We’ll never learn. Fewer of us will come forward with potentially game-changing, life-enhancing, planet-saving ideas. And more of us will be mentally ill.

Yes, we all have access to a seemingly endless source of inspiration. Fabulous. But with it comes a barrier to equally creative minds with different degrees of confidence. To see success of spurs others on. Brilliant. But equally, it intimidates. Even when it’s false.

As a way to encourage others to open up, why don’t we all admit, online, publicly every day, one little error we made the day before? Just as encouragement, here are some of mine from yesterday.

I put French stamps on some UK letters. La Poste is unforgiving. They won’t arrive.

I was 30 minutes late for a briefing with a new client. I got on the wrong Metro line.

I had to be told what a Geotag was. I had no idea.

I had to be told who Lizzo was.

I forgot my 6-monthly cancer scan.

If we shared our mistakes along with our triumphs, more of us would share. Then one day, maybe we might be all be truly great.

The horsey firework client had us back again two years later. To celebrate his divorce. We told him to keep all pets indoors.