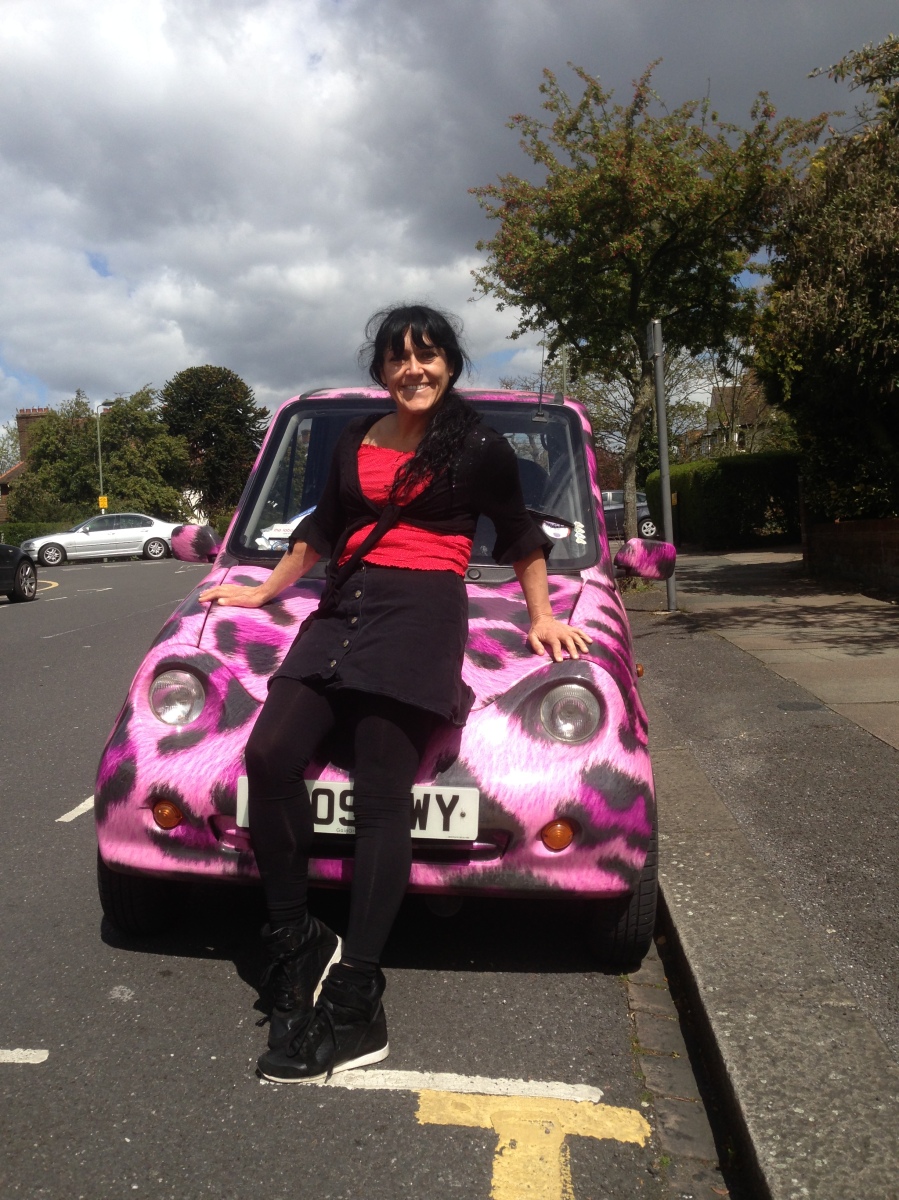 Despite Boris Johnson I still go to London now again. There’s the odd briefing and brainstorm. Lunch with dad, brighter than me at 90. Cello duets, expletives and venison stew with sis and her three young genii, all brighter than me. And time with Misha, who’s brighter than us all. After an hour with her, I’m armed with phrases for a week and looking forward to living the next 40 years.

Misha lives in a vast and rambling Crouch End maze of kids, headless mannequins, kittens, disco balls, old pulpits, dumb-bells, an enviable collection of coffee tins, the occasional hundred-person Bar Mitzvah, a massage studio, fairy lights, mirrored screens, all things leopard-skin, a garden full of life-sized purple and green fibreglass cows and the products of impulse. Stuff that says nobody has designed the place out of a catalogue, but real people with real minds and desires live in it. Misha isn’t a neurosurgeon, galactic theorist or high court judge, though she might have eloped with a few. She’s a mother of five who just turns whatever life deals her into careers. Columnist, model, film extra, massage therapist, reading tutor, market stallholder, personal trainer, stand-up comedienne. And that’s since we met.

She’s the perfect lesson that there’s creative capital in anything. Love, life, divorce, trauma, fortune, childbirth, even hardship. I went there once and there was little to eat, but six kittens were playing on the kitchen worktop. We drank, invented a recipe for kitten pâté but mercifully never saw it through. I saw her the night before her massage therapy exams, and we spent it discussing the relative positions of the Tibia, Fibula, Patellar Ligament and Inferior Extensor Retinaculum under the stars and over a bottle and a half of Sancerre. She passed. You drop in for coffee, and stay two hours to fry chicken legs for twenty and whitebait for her.

It’s called real live life. As you’re talking the state of the world in the kitchen, a house-guest in slippers and a string vest shuffles in, makes himself a toasted cheese sandwich, winks at us both and vanishes. Kids dart in and out in fancy dress like psychedelic goldfish, waistcoats and strawberry pompoms, exploding into Bowie songs and reciting Shakespeare. It’s an atmosphere I need more of. I’ve regretfully never created a family, let alone one as scorchingly mad as this. But I write campaigns and content for families all the time. All thanks to people like Misha and the crew for showing and telling me the ropes, quirks and all.

Being with someone as madly real as Misha makes me re-evaluate success. It’s not just being a global CCO or a so-called influencer. Not about being read about every day. Not about affording a Leica or a Philippe Starck olive stoner. Real successes are the everyday triumphs that make others grin, weep, say thanks, look again or stop and think. That’s influence.

A few months ago, her daughter Delilah walked in from school and said “What’s for dinner? By the way, I saw a giant billboard poster of you down the road.”